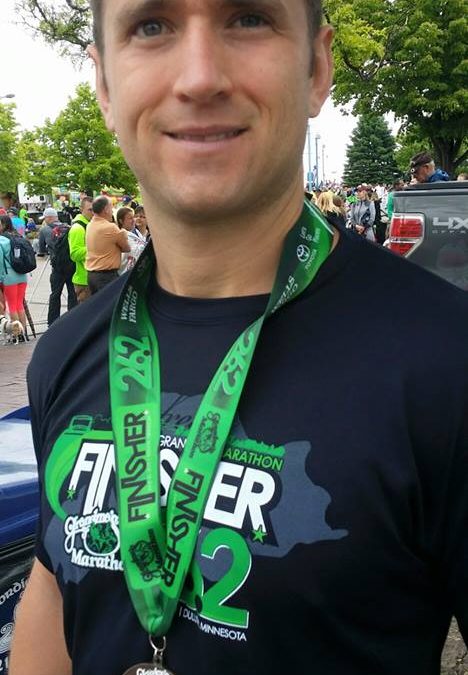 I came across CrossFit after taking my first martial arts students to the Taekwondo Junior National Championships. There I discovered the athletes who were competing at the highest level were doing these workouts in their off-season to be prepared for the intensity of elite level matches. About that same time I had a good friend of mine who was an active special forces member tell me about these “crazy” workouts he was doing that he was pretty sure were “designed by a mad-scientist type guy”… also CrossFit. “Ok”, I thought, “I’ll give this a try.” Well, following my first CrossFit workout this two-time marathoner and active black belt sparring competitor was out for the count, flat on my back.

I was hooked. I fully immersed myself into CrossFit training, quickly losing twenty pounds from my marathon weight. It was amazing, I was spending less time working out and getting better results than I had since my early days in Taekwondo when workouts were so intense they may not be legal by today’s standards. This was that feeling I missed, the feeling of getting better, stronger, of getting fitter. I knew this would be the next chapter in my fitness journey.

Since then I’ve had the joy of becoming a CrossFit trainer, and starting and selling my first CrossFit Affiliate, CrossFit Beyond Sport in Princeton, MN where in 2013 I passed the torch to two of my original members.  This allowed me to pursue CrossFit closer to home in the Saint Cloud area where my wife and I live. There, I spent nearly three years working with coaches and members of The Fast Factory and Granite Games. I also had the opportunity to help launch The Hybrid Farm back in Wisconsin along with my brother, Rob. This project has become our full-time career and where we put 100% of our energy. We most definitely have put together the best parts of health, fitness and lifestyle coaching through the Hybrid Farm and love seeing the continuous growth of this community and business.

When not coaching or CrossFitting I’ve been known to play the drums, snowboard, and compete in Taekwondo sparring and breaking competitions.  And every once in a while, that old endurance runner bug hits me and I can be caught racing a random half or full marathon, luckily that’s not too often.